I have added a new feature which may or may not be of interest. I’ve had some scanning done and have posted text from my books, sermons, and music from years gone by when I was a minister and pastor of Baptist churches. I may later add a section for poetry.

This is all under the new “Publications” tab which you see above. Each of the sections and sub-sections has a brief introduction. The “Sermons” section is just a start for now. I have posted the first of what will eventually be around ten volumes.

I am not attempting to revisit or revise any of these writing, but the task of formatting for the web can be time consuming.

When they see the term “Baptist” most people read “conservative.” This was not always the case. I was a liberal Baptist. One of the last.

The man would wake up early trying to remember the night before. There was always a nagging fear that he had messed up. But he must get dressed now and get to work. The man was well thought of there, a nice man, everyone said. And he did his work well, so  things were good apparently. But as the office morning turned to afternoon, the man’s thoughts were drawn to leaving work and to the evening ahead. The day was about the evening. 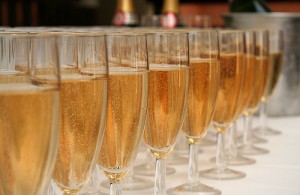 He had quit keeping liquor in the house because he drank too much if a supply was present. Getting some at the store and drinking in the evening became a day-to-day decision. He had more control that way. Often he would start the day determined to drink nothing. But by afternoon the urge would take hold and reasons appear as to why he deserved it today. Something bad had happened, or something good to celebrate, it didn’t matter. Any reason was a good reason. Always it seemed justified.

His present routine was to get two large bottles of fortified beer for the drive home, and a jug of wine for the evening. White chablis was his current choice. As he drank the beers in the car, bottle between his legs, he timed it so other drivers would not see, especially policeman drivers. And as the familiar feelings appeared, he reminded himself often to drive carefully. He considered himself a skilled drinking driver.

The man was always eager to get home and get started on the wine. Anything that might delay this could wait. If a neighbor waved and seemed to want something he would fail to notice. Once inside the door, all seemed right with the world. There was plenty to drink and an evening ahead.

The evenings were predictable. They began with drinking along with other activity such as eating, music, reading, writing, and thinking. They ended with unconsciousness and sleep. Drinking was a way to get to sleep. They were also predictable in that things generally moved from pleasure to misery. The welcome effects of the alcohol were pleasant at first. A time for writing poems and singing songs. But as the hours wore on and the supply diminished, a gloom settled in. The gloom had many faces that came and went like slides changing: guilt, shame, self-pity, rage. In a world now filled with enemies, the glass was his only friend.

Each evening proved again the unfairness of life. Only the list of hurts varied, some replacing others, others returning. Old hurts were revisited like favorite tunes. Except for these variations, the days were always the same. Even days when the man decided he should quit drinking and did so for a short while were the same, because they had happened again and again. The man reflected on the curious fact that in his daytime work he did many things successfully, but in the evenings he was unable to keep himself from drinking heavily.

He never talked with others about his drinking, and he thought of it as a secret life. But friends who had called him in the evenings soon learned to call early instead of late.

The man liked to write and would often do so while he drank. He had taken notice of the great writers whose drinking seemed to enhance their gifts. He imagined it did the same for him, and indeed there was some evidence to that effect. After a night of drinking, he sometimes read what he had written as if it came from a different source. And sometimes he was greatly impressed.

The one thing he tried not to write was emails. Many of those he wrote late at night he had lived to regret. He finally set himself a rule that he must save them in draft to be reviewed when sober. But like all the rules he established for his evenings, it only worked now and then. He wondered that he could not even keep such a simple rule. 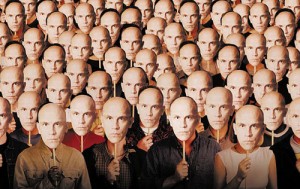 Every morning the man wondered about many of these things. He accused himself of being weak and stupid and lacking in character. He made lists of  steps that needed to be taken. But then every afternoon he began planning for the evening. And every evening he drank.

Weeks became months, and months became years, and years repeated themselves. The days did not vary.

Actually, looking back on it now, there was only one day for this man.

His life was this single day, repeated over and over.