Years ago I knew an elderly couple living on a large farm near Winchester, Kentucky. The house was old and run down, the dairy was unkept, the car was old and smoked, and their clothes were plain and worn. To see them, you would never have guessed it about this couple, but they were worth a fortune. The owned a large tract of prime land that was smack in the middle of plans for a new interstate highway. They were cash poor but land rich. Very rich.

The couple had a number of children, all grown up, around six as I recall. The couple was strong minded. They argued among themselves and with neighbors, and they argued with their children. The children fell into two categories: those in favor and those not. Those in favor would come around and visit now and then. The others never came around.

The mother died first, and the father soon afterward.

When the will was read, it left $25 each to the out-of-favor children, and the fortune to be divided among the in-favor children.

The out-of-favor children took their money and went out to dinner together. There is no record of their discussion that evening, but one can imagine. Word of all this was out and about in the town and discussions took place in barber shops, beauty parlors, Sunday School classes, and whenever people met up on the streets. Some people laughed about it, others shook their heads. All wondered what would happen next.

None of the in-favor children had been very prosperous . . . until now. The cars they drove, the clothes they wore, and the houses they lived in were similar to those of their parents. But things began to change, and fast. Shiny new luxury cars replaced their old ones, new homes were built on estate size lawns, trips were made to Louisville to buy stylish cothes. A lot of showing off took place. It was the talk of the town, how the old couple had lived like poor folks all their lives, and now that they were gone their children were living like kings and queens.

Some of them, that is.

I was approaching the handicapped entrance to the pool, and I saw her rushing to open the door for me. Rushing like it was urgent. She saw I was a man with a bandaged foot riding a scooter thing. She saw a tube connecting the foot to a shoulder bag. She took all this in and spoke five words: 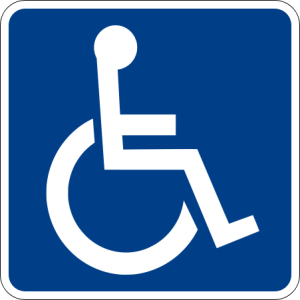 As soon as she spoke, the slur of her voice told me she suffers from a neurological condition of some sort. Her voice felt of some pain, but for me and not her. It said the woman identified with me as a fellow sufferer.

I was drawn in by her words, as in the four months since my first surgery-gone-wrong, I have sometimes wondered if I will ever get well. Again and again I have hoped to get well. In four more days I will have yet another surgery trying to bring that about.

She asked was I going to swim in the pool, somewhat disbelieving, I thought. She was wondering how someone in my condition could get in the water. I explained about the device that waterproofs my wound in a vacuum sealed covering and allows me to swim.

Her words—"I hope you get well"—stayed with me throughout that day, and are with me still.

A few words from the right person can mean a lot.