I was five years old at the time of the Pearl Harbor attack.  I was the youngest of three brothers, one of whom would later enlist in the army and be killed fighting in France. 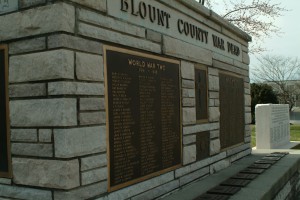 I can remember hearing the radio announcements of Pearl Harbor and Roosevelt’s famous declaration of war.  Prior to that I can remember the voice of Adolf Hitler on the radio.  I knew that my parents and brothers were excited and keenly interested in these events.  We lived in a small southern town of about 8,000 where my father taught at the local college and my brothers attended high school and junior high.  Of course, I had no concept of what this would mean for our family, our town, our country, and the world we lived in.

Fifty million soldiers and civilians would be killed in this world war.  No one in our town would have had any concept of such a thing.  But I think everyone knew that something of great importance and potential threat was going on.  My father and brothers began keeping a scrapbook of newspaper clippings about the war.  The daily broadcasts of news on the radio were eagerly listened to and discussed.  I was more occupied with the interests of five-year-olds.

The things I recall about the next four years represent my own experience as a young boy in a Tennessee town.

There were blackouts at night in the early months.  My father was a volunteer Air Raid Warden and he went out in the early evening knocking on the doors of homes with light showing through the windows, telling them they must observe the blackout.

There were shortages of food and materials needed for the war, and there was rationing.  I remember the little books and the ration stamps that were issued.  To purchase rationed items you had to proved the required number of ration stamps.  Meat, sugar, and cigarettes were rationed, as was gasoline.  Toys for children were no longer made and children were forced to invent their own, which we did pretty well as I recall.  Automobile production was halted and driving was severely reduced because tires and gasoline could not be obtained easily.  I do not recall that gasoline was every totally unavailable, but it was scarce for ordinary people and there was a lot of walking.  Some people simply parked and stored their cars for the duration of the war.

Every war is both an occasion of suffering for some, and an opportunity for gain to others.  The government determined that it would not allow corporations to profit wildly and uncontrolled (as they do now).  There was an “Excess Profits Tax” that took care of this.  Wages and prices were frozen as well.  There were individuals who tried to beat the rationing system through hoarding and use of the black market that developed.  I recall the strong public opinion in my town against these hoarders and black marketeers.  I believe that some of our citizens felt this so strongly that they reported cheaters.  The government called on its citizenry to make sacrifices on behalf of the war effort.  The term “war effort” became common.  Everyone was expected to do his part in this war effort.

I can remember doing my part by pulling my red wagon through the neighborhood and collecting tin cans, old tires, rubber inner tubes, scrap paper, and anything made of metal were reclaimed.  You took these to a scrap depot and turned them in as a patriotic act.

Every home that had sons in the war had a small flag hanging in the window facing the street.  There was a blue star for each soldier.  If a soldier had been killed, the star was gold.  Mothers of the killed soldiers were known as “Gold Star Mothers.”  Churches also had a wall hanging that listed the names of all its soldiers with an indication of those that had lost their lives.  Later in the war I can remember sitting in church and gazing at this banner, always picking out my brother’s name.

There was, I recall, an active bond among neighbors whose sons were in the war.  If you got a letter you talked with all your neighbors and friends and told them whatever news it contained, and they did the same for you.  If a soldier was killed, there was an outpouring of support and sympathy.  The Washington D.C. area had a great snowstorm in the seventies that overwhelmed snow removal capacity.  People struggled to shovel three feet of snow from their driveways but it was days before streets were cleared.  There were power outages and people ran low on food and medicines and other needs.  After the storm there were articles about how the storm had brought people together and helping each other who barely knew each other.  That is exactly what the “war effort” and its many sacrifices did, but on a scale that went on for years.

There was a national draft (a.k.a. conscription) of soldiers.  Young men ages 18-25 were required to sign up and were called to duty as needed.  There were local “draft boards” that dealt with exemptions such as physical disability or conscientious objection.  My oldest brother volunteered for the army while he was still 17 years of age.  His 18-year old buddies and others were all going, and he wanted to go too.  My father objected to this, but the boy did it anyway.  My father refused to see him off to the war, leaving this to mother.  But later on a furlough home my father and brother were reconciled.  I was aware that my parents suffered greatly the strain of these years.  Up and down our street it was the same in almost every home.

Telegrams and long distance phone calls were greatly feared in those dark years.  Almost always they brought bad news.  There were two kinds of telegrams from the War Department.  One reported that your son had been killed, and the other declared him missing in action.  The second was often followed by the first, but not always.  In the case of our family, we got the “missing in action” telegram and remained uncertain for several weeks before the one arrived that began “The War Department regrets to inform you . . ..”

My mother cried aloud when that message came.  I can hear it in my head today as if I were still in that moment.

5 Responses to “A Small Southern Town in World War II”