It happened again this morning. After swimming my laps, I proceeded to the large jacuzzi beside the slow lanes. There was a woman already in the jacuzzi and she had the Monster Jet. The MJ is my name for what is the strongest hot water blowing jet in any pool in Montgomery County, Maryland. I know this from trying them all, trust me. Put any sore bone or muscle in front of this jet and appreciate the results. All the regular swimmers at this pool know the MJ, as did the woman sitting there. As did I, and also the two men who entered soon after. You watch for your chance to take over the MJ as soon as someone leaves it. 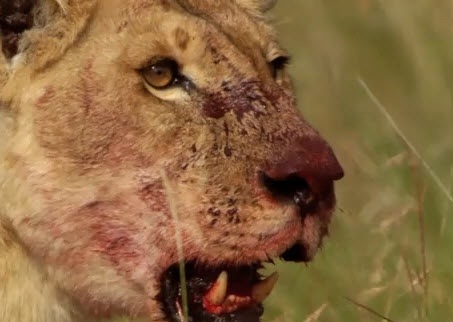 The woman finally did leave it and immediately, simultaneously, I and another man made moves toward it. Our eyes met and each of us hesitated. He was a polite Asian man and middle-aged. He gestured toward the MJ as if to say “you were here first, go ahead and take it.” Instinctively I gestured back, “no, you can have it. I’m leaving soon anyway.”

I could have insisted and taken the MJ, but then I would have felt guilty. I kindly let the other man have it, and then I felt cheated.  Guilty or cheated, those were the choices.

But why are these the choices, you ask? I call it the Southern Curse. I was raised in Tennessee by a mother who taught and practiced the traits of kindness, generosity, politeness, patience, humility, and loving consideration for other people. She often quoted the words of Jesus about treating others the way we would want them to treat us. This was known as the Golden Rule. And as if our mothers were not enough, we heard of it often in sermons and Sunday School lessons and even from school teachers who were religious. I think it was recognized that we would never succeed in attaining this ideal completely, but the responsibility of trying to was ingrained.

“Do unto others as you would have them do unto you” was the motivating force behind John Brown’s stand against slavery and his eventual martyrdom by hanging in Charles Town, Virginia, in 1859. He reasoned that no person would want to be enslaved and therefore, as followers of Christ, we must not only refuse to enslave others, but must not tolerate a society in which human slavery is condoned and practiced.

We do not have slave ships and slave auctions and plantation-type slavery today, but we do have other forms of it. We have millions of hard working people whose wages leave them in perpetual poverty and economic misery. Their children grow up sick and hungry and with scant hope of escape from this life. And rich business owners love the system because it provides cheap labor in abundance. They even try their best to ban contraceptives and abortions so this population is kept in good supply. This, too, is a slavery system.

“Do unto others as you would have them do unto you.”

I heard about an interesting conversation once, perhaps in or after a Sunday School class. Someone asked if Jesus Christ had been an NFL quarterback, how great would he have been? And there were various suggestions, all in the superlative mode. Until someone expressed the view that if Jesus were a quarterback he would probably figure out a way to let the other team win. And that ended the discussion.

So which is better, to help yourself or to help someone else?

In corporate America, it is all about helping yourself at the expense of others. The incentive is to self-promote and to get ahead of others by any means available, open-handed or under-handed. The rewards are to those who do unto others precisely what they hope will never be done to them, to do it to others before it gets done to them. The system is rigged to reward the ruthless.

If you have five hungry lions together in a cage and someone throws in two large steaks, what will happen? Will two lions will have steak dinner and the rest go hungry? Or will one strong and ill-tempered lion roar and bare its teeth and grab everything for itself? Whatever the outcome, the last thing to expect, the near impossible, is for the lions to share this food equally among them.

Human beings are not bound to behave like wild beasts, although we often do. Human beings are capable of kindness, generosity, politeness, patience, humility, and loving consideration of other people. Of treating others the way we would want to be treated.

This isn’t just a Southern thing, and I should not have called it a curse. Sorry, Mother.