He had made an appointment to see me at 1:30 to "catch up." When I looked up and saw him walking in, I saw there was an HR person following. Inwardly I said, "Oh Shit!" Verbally I said, "Looks like I'm in trouble."

So yesterday I went to my local Social Security office to apply for Medicare to replace the company health plan I'll be losing soon.

The SSA office opens at 9:00 a.m. and I arrived right on time so I could get this done promptly. Instead, I found there were 50 people already there and lined up ahead of me. The guard opened the door on schedule, and we were all assigned a number and told to wait for our number to be called. Others kept arriving and all the seating on the hard steel rows of benches was taken and newcomers began standing around the walls. It seemed to take about 5 minutes for a new number to be called. That was not encouraging. 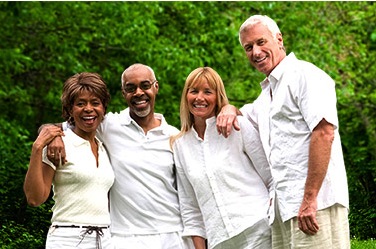 My number did get called a little over 2 hours later. A young man standing behind me said that yesterday he had waited three and a half hours without getting his number called. He had to leave to go to work, and so he was back for a second day.

When I finally got to the window and stated my business, I was given a form that my company needed to fill out and sign. When I returned with the form that afternoon, conditions in the office were about the same. I spent another 2 hours there, with plenty of opportunity to reflect.

For a person used to being around people with good jobs and lives in reasonable order, this experience was a sad one. The many pictures on the walls and on the Social Security literature show healthy, smiling, happy people from all walks of life. But the people waiting in these lines and on these benches were not smiling. Almost all appeared to be among Mitt Romney's 47%. The "takers" as he described them. They were people struggling to make it: elderly, immigrant, sick or disabled, mothers with small children restless or crying, young people needing a social security card to work at low paying jobs. I felt strange in this place, as if I was out of place. And yet this is now my place. I will need to come back here.

A friend who cares for a disabled child wrote me: "It’s a sad state of affairs at SSA and Medicare.  I can’t tell you how many times my daughter gets updates on payments, gets payments, and then gets billed for the same amounts–all within a day or two. it’s definitely human error, and I can understand your concern about your info getting entered correctly.  Sad indeed."

I found myself thinking that if FedEx or Google or Amazon were running this operation it would be much different. I even ventured that if I was running it, it would be much different. But then I considered that likely the funding for this operation has been cut again and again, and maybe they are doing the best they can with what they have to work with. I do recall that recently the VA administrator was fired for not getting our veterans served properly. But then the politicians turned right around and appropriated large sums of money to hire more doctors and build more hospitals for the VA. This suggests that the agency was under-resourced and under-funded and that the administrator had been made the scapegoat.

Oh well, as long as I get my Medicare, I'll be happy. Or sad.

You can get an email notice when there's a new article. Just click the "Subscribe" tab above and provide your email address. That's it. The same form can be used to unsubscribe.