There are those who live their lives with no moral struggles. To them, nothing is right or wrong. Things are simply desirable, or they aren’t. Self interest makes the choices. The laws of man or God may get in the way, but only as barriers to get around. 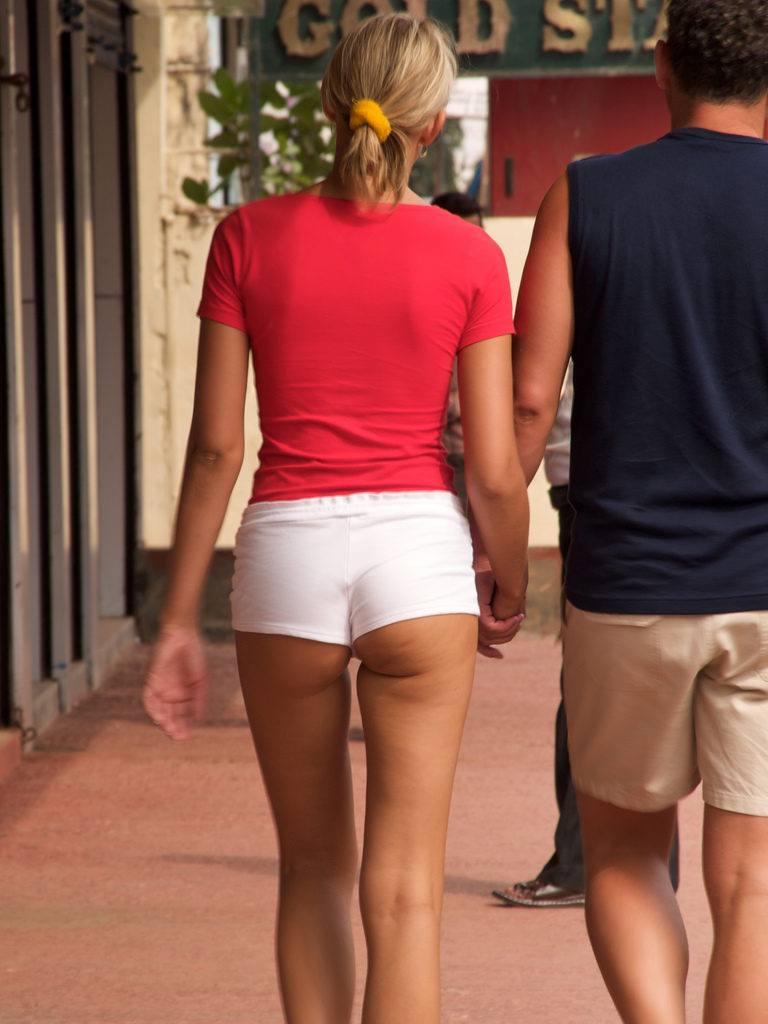 I was reminded of this at a dairy farm in Pennsylvania. A wonderfully clean and healthy place. A great place to live if you’re a cow or calf or human child. A place where Amish buggies come driving in to buy milk and eggs, delivering children to enjoy ice cream and animals.

The folks who run this farm work hard, love one another, live modestly, help their neighbors, study their Bibles, and go to church on Sundays. And like most of us, they consider the rightness or wrongness of their words and deeds. So as I read the polite request bullet-pointed in a list on the wall, I smiled but did not scorn it. It said:

To many, such a sign will seem quaint and belonging to an earlier time. When I first read it, I had that reaction. But then, the very next day, I read about the funeral of Aretha Franklin in Detroit. There was much discussion of the mini-skirt worn by one of the singers, and whether it was appropriate for a funeral or not. Many considered it “immodest attire.” And former president Bill Clinton was accused of gazing at the singer in an inappropriate manner by a Fox News panel. They called it “leering.” So the sign I read in rural Pennsylvania is more current than it appeared.

I grew up in a small town in east Tennessee. Most people were either Baptists, Methodists, or Presbyterians. Most went to church on Sunday. Local ministers took turns preaching in our schools. Revival meetings were common, and you could listen to preachers preaching on the radio almost non-stop. They preached against a variety of sins including drinking and dancing and women wearing shorts. Kids were forbidden to play sports on Sunday afternoons because it was “the Lord’s Day.” On the campus of my own “Christian college,” couples were forbidden from holding hands while walking together. I can say this for sure because I was once caught doing it.

In my lifetime, norms have gone from this to now having a President whose third wife used to pose for nude photographs, who has spoken on television of grabbing women by the genitals, and who has paid hush money to silence women about alleged affairs. We now have explicit photos and video free-for-all on the Internet, explicit how-to articles on sex available in women’s magazines at grocery checkout counters, and all sorts of revealing dress and language on television and in public places. One cannot but admire the fortitude of religious communities that have maintained their norms against such times.

But it all seems so arbitrary, so relative, so ambiguous. How short must shorts be to qualify as “short shorts?” How low must a neckline dip down to be an “inappropriate low neckline?” I can hear teenage girls asking these questions, and mothers having a hard time explaining. Then there are the other religions that insist on covering their women from head to toe, even the eyes. For them this is necessary to “maintain pure thoughts and actions.” For them, the Amish country norms are far too liberal.

Just where did the conscience of human beings come from? The religions think God gave us our conscience, all built in and set up. But if this were so, how come the definitions of right and wrong vary so greatly? And why do they vary so much from age to age, person to person, and religion to religion? Some people have a taste for broccoli, and others don’t. Are views of right and wrong like that? Are they that variable and individual? Are there things that are universally good or evil, and if so, what are those things?

The religions usually speak of their sacred writings as defining what is right and wrong. For example, in the Judeo-Christian tradition, there is Moses and his ten commandments, given by God on a mountain and carved into tablets of stone. One of the ten says very simply, “thou shalt not kill.” But what do we make of that? What have Jews and Christians made of it? In its plainest, simplest meaning, it forbids the taking of another life. But over the years many exceptions have been proposed and carried out. These include euthanasia, capital punishment, assisted suicide, killing in self defense, killing under “stand your ground,” targeted killings by remotely operated drones, defensive wars, aggressive wars, and “pre-emptive wars,” a new term which seems a euphemism for wars of aggression.

Many of these discussions are far away from Amish country around New Holland, Pennsylvania. But it’s all part of the same. We’re all trying to figure out the right and wrong of things in life, and hope it matters.

3 Responses to “Do Short Shorts Matter?”