I once was pastor of a church in Silver Spring, Maryland. My office window looked out over a large parking lot behind the church. Over the years I worked in that office, I saw many things from that window. 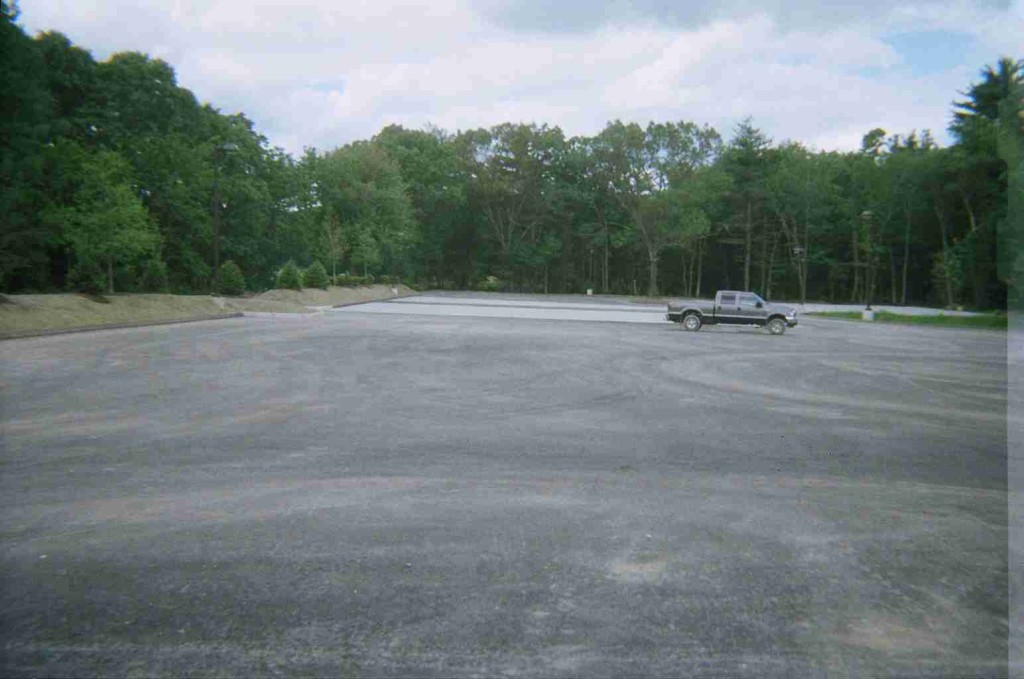 Couples would arrive in separate cars, park one car in a far corner, look around nervously, then depart together in one car–returning after hours or sometimes days.

Teenagers would come at night to drink and party, leaving trash and urine behind. I often called the county police, but usually to no avail. The kids had police scanners and a mass exodus took place as soon as the police were heard to be on the way.

I once heard a ruckus right below my window and found a man forcibly holding a woman down. A pistol was lying near them on the ground. The man said he was a plainclothes policeman and would I please come and help him. I thought that he could just as well been the criminal of the two. With no way to verify and not being inclined to join a fight, I helped by calling the police.

There was an orthodox Jewish synagogue adjoining this parking lot. Now orthodox Jews are supposed to walk to synagogue, and most did. I would see many of them walking in all kinds of weather. But I also observed some less strict ones who drove and parked in our lot, then walked the rest of the way. One Saturday, I observed one of them hiding behind his car as a group of others passed. He watched until the coast was clear and then emerged.

There were many other interesting sights, but the the following has always been my favorite.

One clear, summer day I noticed a pickup truck parked in the back of the lot. That was nothing unusual, except that there was a man standing behind or around it and now and again there was something bright rising up out of the truck. I kept trying to figure out what it was and had no clue. It went on for a long time and I decided to investigate.

The man with the pickup was from Baltimore. The bright objects I had seen from the distance were homing pigeons being released. The man had brought them in a large cage in the back of the truck. He explained that pigeon racing was his hobby and he was training his pigeons for an upcoming event.

As we talked, he took out and released a new pigeon.  The bird climbed upward in ascending circles and was visible for a long time. The man explained that it was hoping for others to be released and waiting for them to fly up and join it.  But finally the bird headed off in the direction of Baltimore.

The man explained that the nature of pigeons is to gather as a flock and fly together. But he said that if they do that, they will fly at the speed of the slowest pigeon. One bird in the flock might be flying at its best speed, but all the others will not. So he forces them to fly alone, despite their wish to do otherwise. Only by training this way will each bird have a chance to achieve its speed potential.

I thought how flocking together and taking it easy is a human trait as well. Unless you want to be exceptional.

Continuing to pursue my passion for open water swimming, I will be joining a group of eleven swimmers for a week of swimming in Sardinia starting this Saturday September 21st. 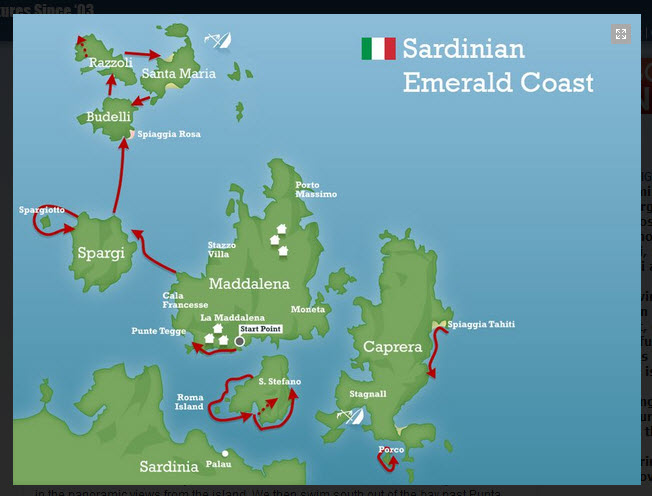 The northern tip of Sardinia on the mainland Italy side has an archipelago called La Maddalena. Its largest island and city share the same name, and this will be our headquarters. Each day we will be going out to swim to and from and around the various islands nearby. We will have local guides and escort boats. We will be swimming about 13 miles total during the week. Needless to say, I am looking forward to this adventure.

The Mediterranean Sea is said to be clear and teeming with sea life around these islands. I have purchased a small waterproof camera to carry on some of the swims and hopefully get some interesting shots from a swimmer perspective, as well as underwater.  Expect a future post describing this swimming trek.