I'm a big fan of Garrison Keillor. He once said that if you drive around the country, stop in small towns, and sit down with the locals in their breakfast cafe, you never know when you may hear something interesting, surprising, or even profound. John Steinbeck also believed that. He took his dog and drove across America, talking with ordinary people and collecting stories. They went into a thoughtful and entertaining book titled "Travels With Charley." 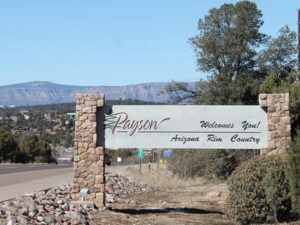 Well . . . I came to the desert town of Payson, Arizona. I ordered breakfast in a small diner there beside the road. The adjoining booth was occupied by a local man, sitting by himself, talking on his cellphone, his voice lowered. He had long, unkept hair and a long, unkept beard. His clothes looked as worn and tired as he did, and his speech had the lingering of alcohol about it. I heard him use the word "innebriated," a term less confessional and more respectable than the word "drunk." But meaning the same, of course.

The man was talking with a woman. You could tell she was someone he missed, someone he owed something to, someone he needed to have around and planned to see again.

The man was doing most of the talking, mostly about nothing, until the end of the conversation. The woman on the line had apparently said, "I love you."

Now, a man in those circumstances must say something. As a man myself, I know about this moment, that pause that needs a response, as the woman awaits one. I didn't expect a memorable response from this man, but I heard one.

I love you no matter what I say or do. 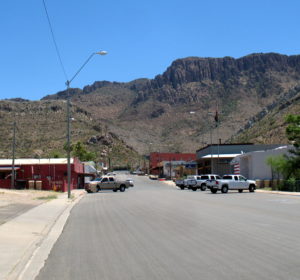 It was said wistfully. Like saying you don't want to borrow money again, but you really have to. Wistfully, like thinking of an old friend and remembering your last words were something you wish hadn't been said. Wistfully, like remembering that opportunity of a lifetime you missed out on, because you were so stupid, stupid.

"No matter what I say or do," remember I love you.

The man is admitting his sins of the past, but also anticipating their repetition in the future. He's disclaiming in advance the hurt that he may cause. He's professing both his love, and his liklihood of acting contrary to it. In essence, he wants forgiveness in advance, saved up for a rainy day. What a deal!

I tried to imagine . . . what were those words and deeds that had passed between them, out there in the desert?

Did he verbally abuse this woman? Call her names, or fat, or ugly? Had he insulted her family, her friends? Had he sworn hatefully at her, unprovoked?

Did he maybe wreck her car, steal money from her purse, break up her furniture?  Did he hit her? In the face, or somewhere else?  With his fist, or with something else?  And whatever that history was, it's one thing to own up and ask forgiveness, but how, at the same time, do you say you'll be repeating such things in the future?

Pathetic, I thought, sitting there listening. "Believe that I love you, no matter what I'm about to say or do to hurt you?" Can his woman accept that, and live with it? And if she does, is she to be admired or pitied?

It may well be that she did accept it, did believe it, and was willing to live with it. It may well be that in spite of his drinking and all his flaws, she loves him. Maybe she knows and appreciates qualities of his the rest of the world has missed. There are women like that. There are women devoted to deeply flawed men. There are women who feel they have no choice except to go along and make the best of things. I imagined that maybe the woman on the phone line was that sort of woman. And not knowing her, I felt sad for her.

I felt sad because her fear of loosing him may be greater than any fear of him. She can put up with his drinking and abuse, because her greater fear is being without him and alone.

Could there be another side to it, I've asked myself since then? Should his words be viewed in a more positive light? Was this the true confession of a down-and-out man who knows and freely admits his failure and weakness? An honest man. Honest to a fault, and about his faults. When he said "no matter what I say or do," did his woman smile a knowing smile, or even laugh out loud? I imagined that happening. Did this woman love him truly, despite anything he'd said or done, anything he might say or do?

If so, we onlookers would say he's lucky to have her. But she may consider herself lucky to have him, even him. He may be the best she can do in Payson, Arizona.

The man left the restaurant ahead of me, and I observed him as he went. The kind of man people glance at, but then away from. Who appears sad to the world, and is. The kind of man you might want to forget, but can't.

I did take something home from this. When my own woman says, "I love you," and a reply is called for, I've tried out those words of his. I say, "I love you . . . no matter what I say or do."

Sometimes she laughs, but not always.

[Thoughts and comments are welcome. Related articles may be found under the categories of “alcohol” and “stories.” To receive an email notification when new articles are posted here, click “Subscribe” in the menu bar above and enter your email address.]