If you're on a long, time-dragging flight and listening to music on your iPod, your eyes might wander. Wander several rows ahead and across the aisle and across the woman's shoulder there who was reading. She was reading carefully and turning pages slowly and deliberately, I saw.  I also saw that the reading material was one of those magazines that present themselves to you as you stand in the supermarket checkout line.

Those.  I was close enough that over her shoulder I could see some of the story headlines and, of course, the pictures. 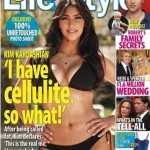 The appeal of this literature is curious, and since this blog is about "life and other curiosities" I engaged in some reflection.  The subjects are well established and repetitive. Who's addicted to what? Who's cheating on whom? Whose new clothes do we love or hate? Whose weight is out of control? Who's having plastic surgery and for what? Who is divorcing or marrying whom?

I wondered about the writers and editors of these publications.  Are they true believers in the truth and importance of their labors, or do they do this as a game, as a comic diversion?

Recently I watched "The Wrestler" with its Oscar-nominated performance by Mickey Rourke.  The film portrays the men who engage in the violence and "drama" of professional wrestling as actually a band of brothers in reality and completely conscious of the fact that they are acting out their parts for the entertainment of others.  The question remains as to whether the audience is similarly aware.

I found myself studying the magazine woman for clues.  She was middle aged and did not look at all like the women whose pictures she was observing.  She looked as if she might be the teacher of a children's Sunday School class or the business manager for a decent restaurant.  But I made secret judgements (being Myers-Briggs INFJ) as to her taste and character and level of intelligence.  Then I tried to tell myself that actually she could be a Ph.D. is cultural anthropology and doing research for an article.  I accused myself of jumping to conclusions and possibly being a snob.

I remembered that the evening before my flight I had met with a book club where literature of importance and social value was discussed by certified intellectuals.  They had not discussed the latest reports about Brad and Angelina and whether Jenn is still in the picture or not.  And I am listening to music by Copland or Mahler, feeling somewhat good about myself.

But what does all this matter, really?

We spend our days as a tale that is told, and the fact that the tales are different does not make one better than the other.  It is better not to judge, or be judged.

2 Responses to “Over the Shoulder”