Don’t ask for a new hip unless you really need one.  Part Five in a series.

For the first two days following my hip surgery the pain was managed by the epidural which I activated with my friendly hand pump.  After this they took out the tube that injected this into my spinal fluid and I went on oral pain medications.  I recall that my surgeon had asked if I had ever taken Percocet before and my answer was no.  Percocet was what I began taking for pain and to be able to get some sleep. 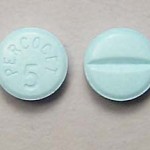 Sleeping was not easy following the surgery, not only because of the pain but because I had to sleep almost motionless on my back.  One of John Updike’s books of poetry is titled “Tossing and Turning” and the title comes for a poem about his sleep habits.  My sleep has always involved tossing and turning as well.  But no such thing is allowed after a hip replacement.  Even if it were allowed, it isn’t possible with all of the tubes that connect you to things and they way you are wedged in with pillows.  It’s no fun, but the drugs do help.

But about the time I was beginning to get rid of some of the tubes, a new problem arose.  Nightmares.  Sometimes daymares.  They were unlike anything I had ever had in my life.  The dreams were vivid and would have made a great horror movie if they could have been recorded.  I became afraid of sleep or even closing my eyes because I knew that “they” would appear when I did.  “They” were killers, enemies, poisonous snakes, rapists, enemy tanks, falls from high cliffs–anything and everything terrifying and tormenting.  Often I screamed out, woke up in a sweat, and was relieved to find myself still alive and unhurt.  Then I would try my best to stay awake because I knew that to go back to sleep was to go back to “them.”

I lack the words to make this sound as awful as it was, although I’ve tried.

When I finally described this to my doctor he suspected immediately what it was.  It was the Percocet.  People react to it in different ways, and these include delusions and drug-induced hallucinations.  When he took me off of Percocet and put me on another narcotic, “they” faded away.  I was reminded of the scenes in “A Beautiful Mind” where John Nash is tormented by his delusions and then the ones where they begin to recede.

Your results may vary, of course.  Percocet might be fine for you.  But do you think I would take it again, even if you gave me a year’s free supply?  No way!