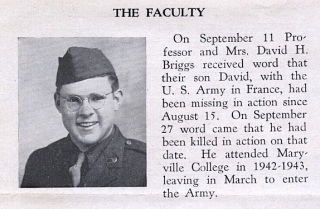 END_OF_DOCUMENT_TOKEN_TO_BE_REPLACED

I would admit it, even if it wasn’t obvious.  I’m drawn to movies that try to fathom the meaning of life.  And this includes the corollary, which is the meaning of our death, if any exists.  Those who avoid these speculations in favor of the many diversions that surround us need not read on.  I assume you are not in that crowd or you wouldn’t have clicked on edbriggs.com. END_OF_DOCUMENT_TOKEN_TO_BE_REPLACED

This photo essay uses images from the photography section under the "Sierras" album. The music is by John Barry from the motion picture "Dances With Wolves."

If you're on a long, time-dragging flight and listening to music on your iPod, your eyes might wander. Wander several rows ahead and across the aisle and across the woman's shoulder there who was reading. She was reading carefully and turning pages slowly and deliberately, I saw.  I also saw that the reading material was one of those magazines that present themselves to you as you stand in the supermarket checkout line. END_OF_DOCUMENT_TOKEN_TO_BE_REPLACED

I have observed life and sometimes death around the bird feeders in our back yard.  I have seen how different birds have different ways of coping with the threats they face.  I will use three examples. END_OF_DOCUMENT_TOKEN_TO_BE_REPLACED 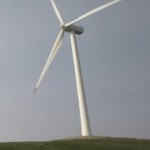 We were driving in the Allegheny Mountains of central Pennsylvania.  Ahead on a distant ridge appeared a line of electricity generating windmills.  I suspected that the road might cross close to one of the windmills.  Having never seen one up close, I drove on.  Sure enough, there at the top of the ridge, right beside the road, stood a windmill.  I pulled off the road into a small gravel lot and beside a chain link fence with two trailers inside it.  As we got out of the car two armed guards emerged from the trailers and started walking toward us.

I am inclined to start explaining when an armed guard starts walking toward me.  I quickly explained that we had never seen one of these things before and had just stopped to look.  I kept my hands in sight and spoke in the least threatening way I know how.  The guards smiled and said that was fine.  They came down to the fence and began telling us about the windmills.  They told how much they cost and how many homes each one can power.  One guard went back to the trailer and brought us some literature.  It was all very interesting.  They explained how fast the blades turn and how there is something that keeps them from turning too fast when the wind blows too hard.  We asked lots of questions and the guards seemed to love having company and someone to appreciate the windmills.

My last question was different from the rest.  I wasn't sure if I should ask it, but I did.  "Why is it that these windmills have to have armed guards here?"

His face changed expression.  Then he told us that people had come and shot at the windmills and almost hit a technician who was working on one of them.  After that the company decided that they had to guard the windmills.  He said they hoped that someday they would not need guarding any longer.

As I asked myself why anyone would shoot a windmill, I remembered some signs I had seen down in the valley.  The signs said "NO turbines in Bedford County."  I later examined one of these signs and visited the website of the organization that sponsored them.  I expected to find something extremist and perhaps ill-informed.  Instead I found an environmentalist approach to the subject.  "Save our Allegheny ridges" is their name and slogan.  And being an environmentalist myself I have sympathy for their position.  But I also recognize the need for renewable energy to replace our dependence on the oil we are running out of and paying more and more to get.  I recognize that drilling miles deep under the oceans and in riskier and riskier places will inevitably lead to more and more disasters like the one we are now seeing.

It is strange to me that people in the Gulf region still support "drill, Baby, drill" despite the effects of the oil spill on their environment.  The lure of jobs and money is too strong, I suppose.  And if this holds true for all of us it means that we will keep moving irrationally toward ruin, despite all warnings to the contrary.  On the other hand, I do not live on the Gulf and my livelihood does not depend on the oil economy.  I wonder what my position on these issues would be if I were in their places.

I have read the "NO turbines" materials on their website and I see their side of the debate.  I've read that the North Carolina legislature is blocking any windmill building on ridges in the state.  There certainly are no easy choices to be made.

My one and only experience with one of the windmills was not unpleasant.  They are very large and they certainly detract from the beauty of the mountains.  But no more so than transmission towers and microwave relays and power plant smokestacks.  They are remarkably calm and quiet things, actually, especially being so large.  Given the alternatives, they might not be so bad.  We certainly don't need to be shooting them.

I was hiking on a lakeshore trail in a nearby state park. Ahead was a small wooden bridge across a stream. Several good steps and you would be across this bridge. But crossing it on this early morning, I noticed something that brought me to a stop. Someone had written something there. I imagined it to be the hand of a young boy. But instead of "fuck you" or "parents suck" it was something strangely different. 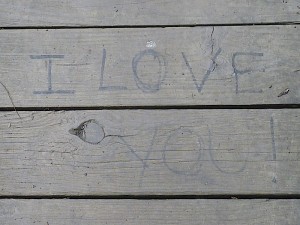 As I walked on, I began pondering this message. It was not addressed to anyone. Usually you would expect a name attached. "I love you, Mary!" Or Jane, or Sally . . . someone with a name.

Was the boy shy? Did he want to leave the message anonymous, so he could point it out to any girl he brought and claim it was to her? Or could his love have been for another boy, and no girl at all? Or was this message more of a wish than a reality? He felt love, but his love had no name to attach to?  Or could he have just been happy on a bright, sunny day and in love with life and with everyone?  I kept wondering because there were all these possibilities, and no way to tell for sure about any of them.

However, I vote for the bright, sunny day.  A day with an exclamation mark beside it.  A day when love was an overwhelming feeling that had to be written down, even on a bridge.  A day when it was free and unbounded, including all the world and the entire human race.

I know this sounds like nonsense.  I know such writing was not placed by the head of the local chamber of commerce, kneeling down on those boards in his business suit and tie.  It is nonsense for sure to him.  This is the work of a child, we assume.  It must have been a child, we assume.  Thus we make it childish and foreign to our practical lives.

Sometimes on televised football games the camera shows a person in the end zone holding a sign saying "John 3:16"–the location of a verse in the Bible.  The person wants us to get a Bible and read that verse.  He believes it will do us some good.  Perhaps it will for, if I recall correctly, this passage begins "God so loved the world . . .."  So in this theology it is god-like to love the world, but that is in theory.  It seems that the majority of god-fans don't see it that way.  Their god loves their particular portion of the world–their country or tribe or religion or ethnic group, or whatever.

Human love, if we have any, tends to narrow down, not broaden out.  We love only certain classes, races, political persuasions.  We love children and relatives only if they behave themselves and treat us as they should.  We certainly would never love an enemy.  Our loved ones are the loving ones, meaning those who love us.  Thus does love amount to no better than a practical selfishness.

I know the author of the inscription didn't have all of this in mind, but it's what I think about every time I cross his bridge.

Watch out!  He is cutting in front of you from the right, from the blind side.  From the lane that was marked as ending a long way back.  Other cars merged in as instructed, but not him.  He is bent on getting ahead.  Getting there a car-length earlier means a lot to this guy.  There isn't really space for his car in front of you, but he makes space.  He makes space because you chicken out and hit the brake as he swerves.  He is more aggressive than you which is why he is now in front of you.  He throws a casual wave as if to thank you, to thank you for being a sap.  You are mad at him and mad at yourself both.  You frown and fume and mutter various characterizations for this man. END_OF_DOCUMENT_TOKEN_TO_BE_REPLACED

After I got my black eye, I met with the man who had given it to me.  It was the next day afterward.  I had come to his office for the meeting.  He looked at the black eye approvingly.  He made some notes about it.  Then he had me start reading from an eye chart on the wall.  I was amazed.  The eye was reading four lines better than before.  It was reading 20/20. END_OF_DOCUMENT_TOKEN_TO_BE_REPLACED

I ran onto this splendid DVD by accident.  I was browsing Netflix and in the mood for some music.  The word “Appalachian” caught my eye. I grew up in the southern Appalachian mountains.  The fact that this concert DVD is 10 years old and I had never heard of it before tips you off that I am no music critic and this is just a listener’s review. END_OF_DOCUMENT_TOKEN_TO_BE_REPLACED